PrEP: It’s Time for a Refresher

HIV continues to infect around 50,000 people in the United States each year, where 65 percent of newly diagnosed are men who have sex with men (MSM). Young African-American MSM are most disproportionately affected. In fact, did you know that half of gay latino and black men are projected to become infected with HIV in their lifetime? This is a staggering statistic. Pre-exposure prophylaxis (PrEP) has been shown to be effective when taken daily as directed. Since PrEP was first approved by the FDA, it has slowly become accepted as a useful tool in preventing new HIV infections, but what hurdles are preventing some people from starting on PrEP?… For many, it comes down to not knowing much about it in the first place.

Since its debut in 2012, a lot has changed. Initially, many men were very hesitant to use PrEP. “Will it make me sick?” “Can I trust that it works? “What are the side effects?” I often heard questions like these from my friends. Quite similarly, colleagues and others I knew within the medical community were asking, “Will PrEP encourage people to have riskier sex?” or “Will this increase the rates of other sexually transmitted infections?” 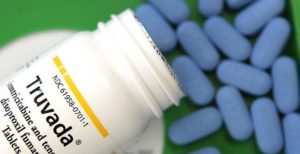 Now, here we are over six years later and an increasing number of HIV negative MSM are using PrEP. I have seen a shift in mindset through recent years. Many who were once highly critical and suspicious of PrEP now recognize its utility in preventing new infections. In my own circle of friends, along with patients I see in practice, I have witnessed more acceptance and eagerness towards starting PrEP. It is not uncommon to hear guys proclaim they are “neg on prep” or start a discussion about PrEP on social media or even strike up a conversation about it over dinner. Let’s face it – PrEP is a part of our culture and I don’t think it’s going anywhere soon.

Of course, it is wonderful that PrEP is in the spotlight and more people are talking about and using it. However, I recently attended an HIV conference in New York City, where one concerning point discussed was that, as a medical community, we are underutilizing PrEP. More simply put, not enough people are taking it. Sure, many people have access to PrEP, while others may have a different story to tell.  Whether it is lack of awareness, not having a provider who will write for it or not having insurance, there are plenty of barriers that may explain why a large portion of HIV negative MSM are not currently on PrEP. Yet fundamental reason still remains. Many still have questions about it and wonder if it is the right choice for them.

I still hear questions like, “Am I a good candidate?” “What are the side effects?” “Does this make me a whore?”

Perhaps there are questions you have about PrEP as well. Well, let’s first take a look at the most frequently asked questions I get about PrEP. 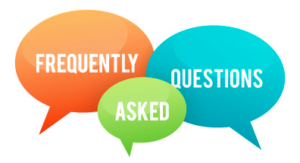 Truvada is a combination medication that contains both tenofovir and emtricitabine. It has shown in studies to be highly effective in preventing HIV infection. The key is taking the pill every day for the highest level of protection. In fact, using the data from the iPrEx clinical study, PrEP was found to be 99 percent effective in those who took the pill 7 days a week without missing a dose.

2. What are the side effects of PrEP?

While uncommon, we do hear from some patients that they experienced an upset stomach or headache when they first started PrEP. This usually resolves after a few days. If it makes you nauseous, try taking it with a little food on your stomach. The main thing we are concerned about as your provider is that the medication is not affecting your kidney function, so expect to have your lab values checked along with an HIV test every 3 months.

Yes. PrEP works well when you take it as directed.

Get used to taking the pill at the same time every day. If you realize you have missed your dose up to 8 hours afterwards, then go ahead and take it. In the iPrEx study, those who were taking the medication 4 days a week had a reduction in risk of HIV infection by 96%, as compared to 99% when taken daily without missing a dose. Do not double your dose just because you missed it –  that could actually be harmful.

5. If I am on PrEP, will it make me more promiscuous?

No. We have heard this time and time again. It is difficult to make a blanket statement that those on PrEP will engage in riskier sexual practices. To the contrary, studies show that PrEP does not cause riskier sexual behaviors. We have found that most of our patients tend to continue the same sexual practices they had before starting on PrEP.

6. Should I still use condoms?

Yes. PrEP does not protect you against anything other than HIV. You can still get syphilis, gonorrhea, chlamydia, hepatitis, etc, from unprotected sex, so wrap it up! 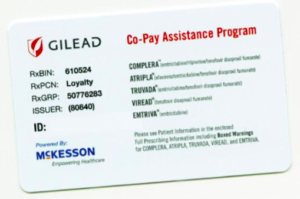 7. How much does it cost? Will my insurance cover it?

Most of our patients seem to have no problems getting Truvada covered. We can also give you a co-pay card from Gilead, the company that makes the drug, that will help cover up to $200+/month of your co-pay. Do not let cost be a barrier because there are several options we can explore together to help make PrEP more affordable for you.

The truth is we hear so many different scenarios from patients… “I only sleep with my boyfriend.” “My boyfriend and I are open and have fun with others from time to time” “I’m single and playing the field” “I love sex parties.” There is no right or wrong answer here. Ultimately, if you are gay or bisexual or have other risk factors and you are sexually active, PrEP is something you should, at least, consider.

Some studies have shown that it works as soon as 2 days after taking the dose, while others are a little more conservative and say that it can take up to 7 days before the medication reaches an optimal level in your body.

There is no specific harm in stopping and starting the drug; however, you should ensure that you have continued to take the medication at least two to three days after your last significant exposure. It is also important to let your provider know that you have stopped and/or re-started PrEP. If you decide to start back on the medication, we will need to monitor your kidney function and HIV status. 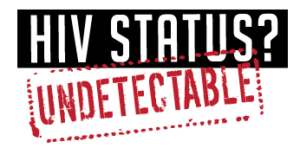 11. My partner is undetectable. Should I take PrEP?

So far, there has been no reported case of someone undetectable transmitting HIV. Undetectable = Untransmittable. As extra precaution, however, the CDC recommends that the HIV negative partner take PrEP. Of course, this is specific to each patient and scenario, but most often, patients in this situation decide to go on PrEP as an added level of protection.

12. I’m sleeping with a guy who says he’s undetectable. Should I take PrEP?

This scenario is a little different from the one above. Taking PrEP, in addition to using condoms, will give you an added level of protection. Talk to your provider to determine your level of risk.

If you are like most people, then timing of sexual activity is a difficult thing to predict.  The IPERGAY study concluded that on-demand and intermittent use PrEP was effective. Speak with your provider and discuss your complete sexual history to gauge your level of risk. Currently, daily use is the best and most effective way to reduce your risk of HIV infection, but we are learning more and more about just how effective intermittent PrEP can be for the right individuals.

If you decide that PrEP is not right for you, you have other options. PEP, or post-exposure prophylaxis, may be a good choice for you if you have had a questionable or risky sexual encounter. PEP is currently two medications that are taken for up to 28 days and is highly effective in preventing HIV infection. It is essential that PEP is started within 48 to 72 hours after the sexual encounter for it to be effective and is most effective when started within 48 hours after the event.

PrEP is not for everyone. Discuss your sexual history and activity with your provider.  We can help you determine if PEP may be a better option for you.