As a healthcare provider to the gay community, I often get emergency phone calls from patients who suspect they’ve been exposed to HIV. Their stories are very diverse:  Semen came in contact with an eye, the mouth or a cut; a nosebleed started during sex; sexual assault occurred; a condom broke; or sex went unprotected.  I’ve learned that many men who normally practice safe sex occasionally have circumstances that lead them to have an unprotected exposure.

“I even knew he was HIV positive,” he told me.  “I can’t believe I didn’t stop topping him.  I have so much guilt.”

“How could I have been so stupid? I’m scared I’m going to get HIV.  What’s my risk?  I’ve heard about a ‘morning-after’ pill – can you prescribe it to me?  Will it prevent me from contracting HIV?”

Let me address the questions one by one.

“How could I have been so stupid?” A few moments of pleasure quickly turned to immense guilt and fear.  I hear so many variations of this story.  People with good intentions, who practice safe sex, sometimes get exposed.  Some combination of alcohol, party drugs and poppers, which all lessen inhibitions, is often involved – but not always.

This patient was doing all of the right things.  He had put on a condom to have sex.  He didn’t want to put himself at risk, but, for a few moments in the heat of passion, this guy let his mind escape the fear of unprotected sex and enjoyed the naked passion with his mate.  It is certainly understandable how this accident could happen.

For oral sex, it’s 1 per 10,000 for giving and 0.5 per 10,000 receiving.  (These are risks according to the U.S. Department of Health and Human Services.  Some studies demonstrate a much lesser risk for oral sex.)

Of course your odds are likely higher if you have any compromise in your mouth or anus or on your penis, such as a canker sore, or have an existing STD, like a herpes outbreak.
Also, it appears that uncircumcised men have a 2- to 3-times greater risk of contracting HIV through their penis than circumcised men.

What about the morning after pill?  HIV post-exposure prophylaxis, or PEP, is better know as the “morning-after” pill and is effective in preventing HIV infection.  The treatment consists of taking HIV medication for 28 days after exposure.

The quicker the medication is started, the better.  But it can be started up to 72 hours after exposure.  The regimen usually consists of using three drugs:  Sustiva or Isentress with Truvada or Combivir are the most common regimens.

Though insufficient data currently exists to fully determine the effectiveness of treatment, it’s very encouraging that a few studies have found that no one treated after exposure has contracted HIV.

There are side effects to these medications to take in to consideration, including nausea, diarrhea, rash, interference with sleep and abnormal dreams.

What exposures justify PEP treatment?  If you have had one of the following unprotected exposures with someone, then you should consider taking PEP:

It’s also very important to point out that PEP should never be a substitute for practicing safe sex.  It’s much easier to wear a condom that to take this medication for a month.

There has been a lot of concern that this treatment might encourage people to have unprotected sex.  But a study done in San Francisco showed a 72-percent decrease in risk behavior after someone had a high-risk exposure and took PEP.

Remember:  Time is of the essence.  If you do have an exposure, it’s critical to discuss these options with your physician as soon as possible. 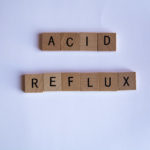 Gastroesophageal Reflux disease (GERD) is reported to affect a third of Americans. While there are medications like proton-pump inhibitors (i.e. Prilosec) and … END_OF_DOCUMENT_TOKEN_TO_BE_REPLACED 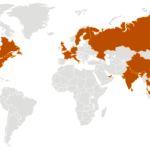 What is the coronavirus? A new strain of coronavirus, or 2019-nCoV, is a betacoronavirus, similar to MERS and SARS, that causes respiratory illness. It was … END_OF_DOCUMENT_TOKEN_TO_BE_REPLACED

According to new numbers released from the U.S. National Institute on Alcohol Abuse and Alcoholism, deaths related to alcohol have double since 1999. The … END_OF_DOCUMENT_TOKEN_TO_BE_REPLACED