Not enough Americans are getting the proper testing, treatment, and prevention for HIV according to the CDC. In its Vital Signs report released on December 3, 2019, the CDC reported that about 154,000 people with HIV are unaware of their status. Only two-thirds who those aware of their status are on effective treatment.

The CDC lists the four main strategies for combatting the HIV epidemic in the United States: 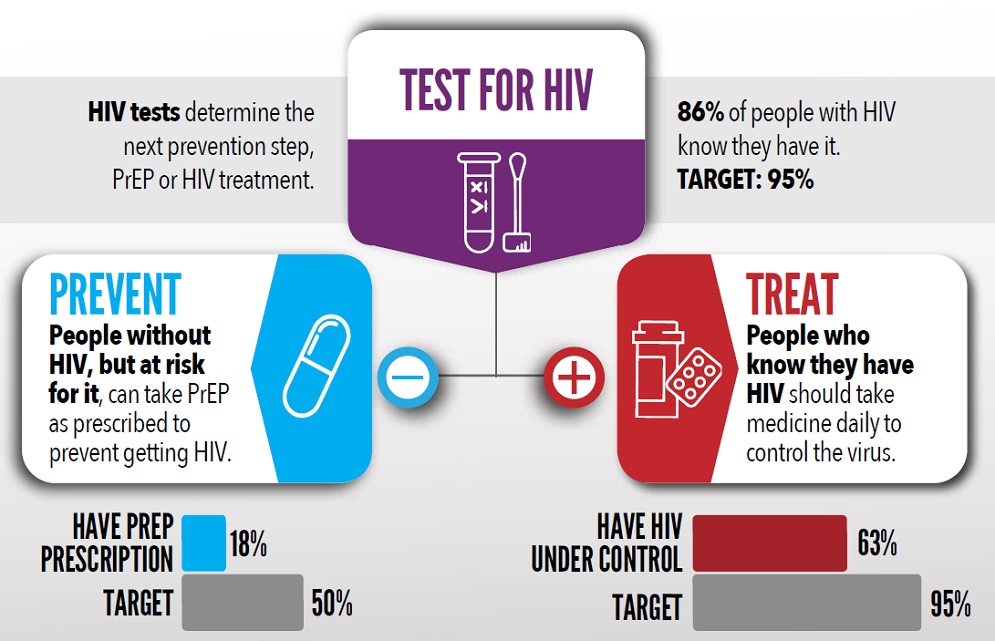 What can you do? Get tested for HIV (at least once in your life if you are low risk) or more often if you are a higher risk. If you are at risk, talk to your medical provider about going on PrEP. If you are HIV positive, seek treatment options and make sure to take your medication.

If you are uninsured, there are many programs that can help cover your HIV meds and treatment as well as PrEP. For example, check out the Ryan White Program and Gilead Advancing Access in addition to Fulton County’s PrEP Clinic.